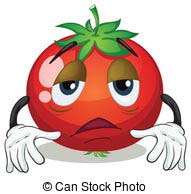 If you have ever bought tomatoes from a farm stand, you probably heard to keep them out of the fridge, or they will lose their flavor. Have you ever wondered why? Well scientists have too, and concluded its all in the genes. One study concluded that when the tomato plants genes “chill out” in the fridge, they begin to lose some of the  substances that contribute to their fresh taste. Once the tomatoes in the study reached below 54 degrees, they were robbed of flavor. However, this doesn’t just happen in the refrigerator at home. Tomatoes can be compromised at home or even in cold storage before the fruit reaches shelves at a grocery store. Now that scientists have a knowledge of how and why this happens, “maybe we can breed tomatoes to change that,” said a researcher from the University of Florida. She and colleagues, as well as in New York and China have all reported their findings in a paper published by the Proceedings of the National Academy of Sciences. Reports found in this journal showed that at a week of storage at 39 degrees, the tomatoes lost some of the substances that are responsible for that characteristic aroma, which is a key part of flavor. The control of te experiment had a second set of fruit sit at room temperature for the same amount of time. After a taste test, it was shown that the refrigerated fruit was much less desirable to eat then the room temperature ones. The tomatoes that sat at room temperature still retained their freshness, unlike their chilled partners. Further research showed that the longer chilling time, made certain genes responsible for taste to slow down and ultimately stop making those compounds. There are currently scientists figuring out how cross-breed tomatoes to make a cold-resistant tomato for the world to enjoy.

Thank you to The Associated Press at Newsday for the original information. You can read more here.